The Pearl of the Mediterranean Sea 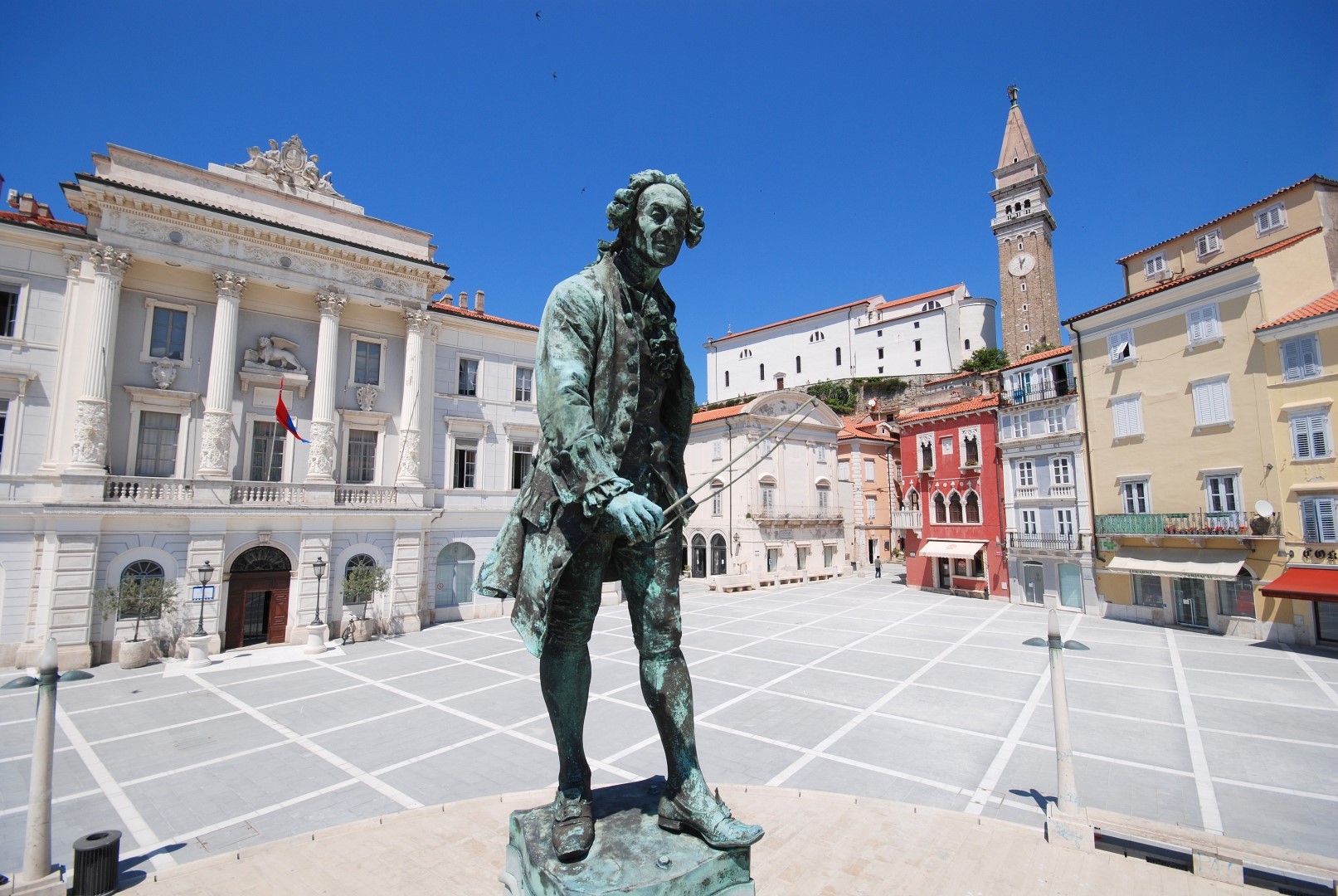 City and Community of Piran

Piran is a coastal Istrian town, the administrative and tourist center of the community of Piran. It is situated on the very edge of the Piran peninsula, in the immediate vicinity of Portorož. The medieval design with narrow streets and tightly compressed houses give the city of Piran a typical Mediterranean character and a special charm. The cosmopolitan marine city, which developed under the influence of nearby Venice, is considered one of the most colorful and most photogenic places on the Adriatic coast. The city offers architecture, maritime museum, aquarium, cultural events, culinary delights and nearby natural features. The climate in Piran is Submediterranean, characterized by long and hot summers and relatively mild winters. Average January temperatures are higher than in most of Slovenia and are above 4 °C, while average July temperatures are higher than 22 °C. In the community of Piran live 17,643 inhabitants, 3,804 of these live only in the city of Piran.